I was struck by the humour I found on my travels to Barcelona wandering about, it surprised me at almost every corner.  I wonder if the coffee really was that good, unfortunately it was a passing moment and I didn’t get the opportunity to try it. But the blogger in me is always on the look out for a good coffee house.  This one is situated opposite the very beautiful Palau de la Música Catalana and I made a mental note to revisit it one day. 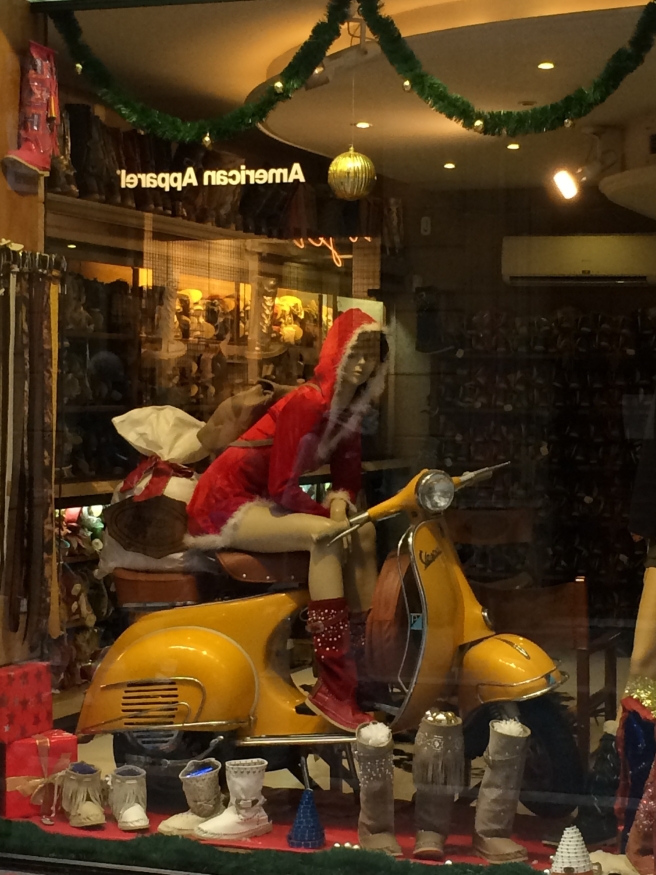 I took this photograph primarily for my brother since he loves a Vespa.

I must admit that it seemed somehow strange that it adorned the shop window still in the first week of January. Secretly I was quite pleased that someone else still keeps their Christmas Decorations past new year, but I did not anticipate this in a shop and somehow expected the New Year Sale to have taken over.

As March is upon us again and our thoughts turn to Spring and of new growth and warmer weather.  There are some ladies who just think about coping with what life has thrown at them.  They are the one in ten women who suffer with Endometriosis.

Endometriosis.org describes the disease as, “where tissue similar to that of the endometrial lining travels and attaches itself elsewhere in the body causing all kinds of issues, including a chronic inflammatory reaction, that may result in scar tissue. It is primarily found on the pelvic peritoneum, on the ovaries, in the recto-vaginal septum, on the bladder, and bowel.” It can then grow on other organs as well and is difficult to find.  It is debilitating often causing chronic pain and is far more than just “a heavy menstruation” as it is often thought by those who are alas ill informed.

March is for them.  Those women. In the past few years March is not just the month we have just stumbled upon.  It is what they do, in a bid to raise awareness for a debilitating condition, which is not yet recognised as a formal disability, but wreaks havoc upon the lives of women across the globe. Many are hoping that by doing so, their family, friends and employers will have an understanding of this invisible illness. One which can cause a multitude of symptoms and a world of pain.  They do not require sympathy for they are fighters and far stronger than you might think, they go through so much but they do require your understanding.

It takes a minimum of seven years to be diagnosed with this disease, but it is incurable.  It renders many women infertile and can cause unbearable pain.  Multiple operations, hormone treatments and periods of time when you could be absolutely fine, lulling you into a false sense of security and having taken seven years toll upon you, it can cause depression and the breakdown of relationships and the loss of employment. You may be pain free for months, or even years following treatments and possible surgery and then it will suddenly rear it’s ugly head again causing new symptoms which you had previously thought were unconnected, but later turn out to be.  It can affect women from puberty to menopause and sometimes further than that.

There is so much more information about this disease available now at your fingertips. From groups on Facebook set up by women who want to share experiences, research and competent medical contacts and offering support to fellow sufferers to Endometriosis Research Foundations and Charities, who enable us to find out more about the condition. They are known as “Endosisters” and are united by their illness and the need for understanding it.  Should you wish to find out more about this condition please feel free to select the link below for more facts. http://endometriosis.org/resources/articles/facts-about-endometriosis/

On a recent trip to Barcelona, other than being blown away by architectural details, which is an absolute weakness of mine. Although I found it slightly disappointing that some had been covered in graffiti, I have resigned myself to the fact that graffiti is an art form of it’s own too and I have to appreciate it for that. I couldn’t help but notice that the “street art” was pretty good too. Always something to see at every corner, you just have to look. 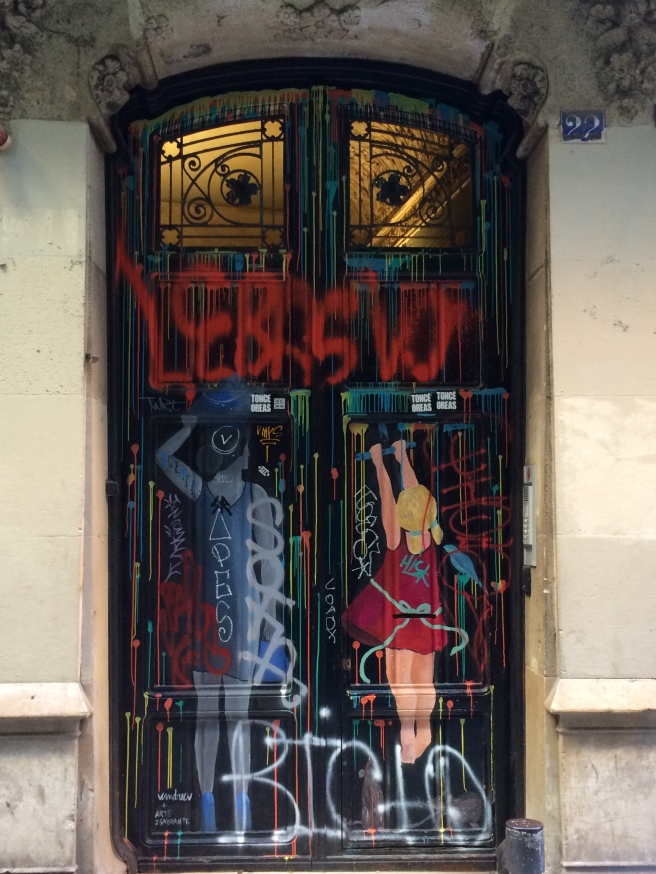